I have been contemplating how to approach this post for a few days now. This black forest cake did not work out for me. The sponge was dense and dry, the whipped cream was over-whipped, and the brandied cherries were far too strong. On the one hand, it feels strange to put a recipe out on the Internet that really did not work for me – as I cannot exactly recommend it. Although, the recipe came from the cake bible which is, as far as I know, a popular and reputable source. Most likely, the failure of the cake was due to my inexperience with making genoise.

On the other hand, I have to keep reminding myself of the intention of this blog. This isn’t meant to be just a place to share recipes, it is meant to be a place to share the experience of making things and sometimes the things you try to make just don't work. Someone with more experience, and/or luck, would, I’m sure, be able to follow this recipe and produce a beautiful cake. And so I won't reproduce the recipe here, but I will write a bit about the experience of making it.

In truth, I was fully prepared for this cake to fail. Although I have made quite a few cakes in the past, (Ina Garten's chocolate cake is my go-to), I have never made a sponge cake. The more I researched these cakes, the more complex and prone to mistakes I realized the process is. So I knew it was a gamble to take on such an ambitious cake, and to use a recipe that made all three components - the genoise sponge, the whipped cream, and the brandied cherries - from scratch. As a sort of cake baking cautionary tale, I want to go through some of the ways in which my cake may have gone wrong. 5 things not to do when baking a sponge cake.

1. Don’t Over-whip the Whipping Cream – There is a very fine line between perfectly whipped, light and airy, cream and over-whipped, lumpy and thick, cream. It is important to go slowly and watch carefully when whipping the cream. When I made my cream, I confused the process with the process of whipping the eggs for the cake batter - which needs to whip for at least ten minutes. The whipping cream, on the other hand, takes much less time. As a consequence, I was left with lumpy cream. I fixed the problem, using this technique of incorporating a bit of fresh cream into the over-whipped cream, but I had to wonder if the fixed cream was not quite as good as what it could have been if I hadn't made this mistake in the first place.

2. Use the Right Size Bowls – As there are no leavening agents in a genoise, the texture of the cake depends upon how much air you can incorporate into the batter. This means that the batter is very delicate and you need to be careful not to let any of that air out. That is why it is important to make sure you use appropriately sized mixing bowls - bowls that will hold 3x the volume of batter you begin with. I used a bowl that was too small, so half way through he mixing I had to transfer the batter to a larger bowl. All this banging around probably took some of the air out of the batter.

3. Don’t Slam the Oven Door – Another way in which I may have let out some of the air from the batter is by slamming the door as I closed the oven. This was done accidentally, I let go of the oven door a bit too quickly and it slammed shut. Oops!

4. Make Sure you Understand all of the Instructions Before Baking - I did not read the recipe carefully before attempting the cake and realized only after I'd started that there were a few places where the recipe was unclear to me. Had I noticed this in the beginning I could have chosen a recipe that was easier to follow. One of the things I am unclear about is the amount of kirsch in the brandied cherries. Either I interpreted the recipe wrong and put too much kirsch in the jars, or I did it correctly, but the cherries really needed to sit for a few days to mellow out a bit.

5. Be Careful Incorporating the Chocolate Mixture into the Genoise Batter - This, of course, applies only to a chocolate genoise, which is necessary for a black forest cake. It seemed that the batter lost the most air when I folded in the chocolate. I have no idea why. Researching this a bit, it seems that most chocolate genoise use cocoa powder, instead of the bittersweet chocolate this recipe called for. Perhaps the melted chocolate was too heavy for the batter and deflated it when I folded it in, or perhaps I used an improper technique. Either way, the batter sunk at least an inch from the top of the bowl after the chocolate was incorporated so this may be the culprit. 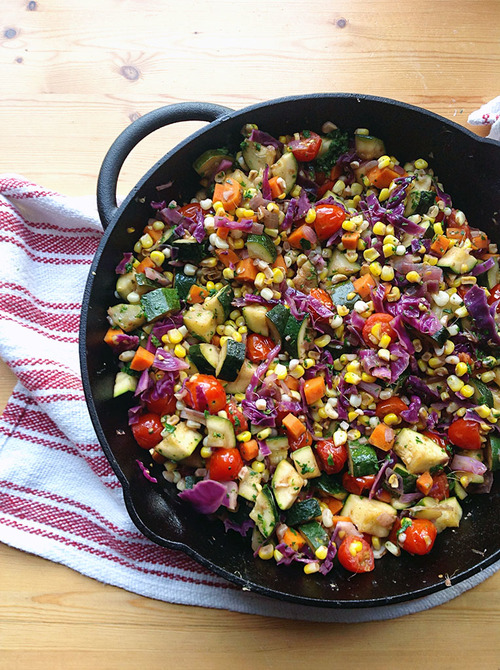