If you were to come over to my house, open the freezer, and look into the side-door, you would find frozen bananas. Not a couple of stray frozen half-moons scattered about, but many, stacked tightly together like a brick wall, a freezer door packed to capacity with black bananas in various stages of decomposition. Some recognizably plump and cylindrical, others small, wrinkly and mangled. As far as I know, bananas don’t “go bad” once you store them in the freezer - though my frozen banana tower is evidence of my willingness to test that theory.

I like to think that I’m not a picky eater, but I do require my fruit to be just the right texture. I like bananas on the verge of being ripe, completely yellow but still firm. Once they start to soften and brown they go straight into the freezer. I don’t like the intense sweet flavour or the gooey texture of a blackening banana. Consequently, one or two - and sometimes more - bananas from every bunch eventually find their way into my freezer. Why then, do I keep buying bananas? It seems irrational. But whatever guilt I might otherwise feel about inevitable banana wastage is tempered both by their inexpensiveness compared to most other fruit, and their potential for a second-life as banana bread. Given the popularity of bananas - the world’s most commonly eaten fruit - I’m probably not the only one who treats banana bread as a kitchen waste fail-safe.

All your Bananas are Belong to Us

My last recipe post - Peanut noodles with Sichuan Chili Oil - emphasized the importance, for those of us who belong to a dominant culture, of being mindful of how we encounter other people’s food. Of paying attention to the attitudes and assumptions we bring to these encounters and the ways in which we express our reactions and preferences. In writing about banana muffins, such a consideration seems unnecessary. Unlike noodle dishes, banana quick-breads feel like “my food.” Banana loaves and muffins are a staple in many working and middle-class Anglo-North American homes and have been since chemical leaveners became available to home cooks in the 1930s. The ubiquity of the banana in North America makes it easy to overlook that they are not native plants. Banana plants require year-long frost-free temperatures and thus cannot be grown, commercially, very far from the equator and North Americans only began to eat them regularly in the late 1800s. How then did banana bread earn its place as one of the fundamentals of North American home baking?

Bananas taste good, but no more so than other, less popular, fruits. They are valuable nutritionally for their potassium. But many other fruits and vegetables, including some that are suited to Northern climates, such as potatoes, spinach, beets, winter squash and white beans, contain as much, or more, of this essential mineral. Explaining North America’s wholehearted embrace of the banana requires exploring not only the culinary and nutritional properties of the fruit, but also its politics. Food is never “just food.” Food is always also cultural and political. Bananas illustrate this point in an unusually literal way.

Countless Western military interventions into the Caribbean, South and Central America over the 20th century were motivated, at least in part, by the desire to maintain control over the outrageously profitable Banana export trade. The CIA-led overthrow and exile of land-reform friendly and democratically elected Guatemalan president Jacobo Árbenz, in the 1950s; the 1961 bay of pigs invasion which sought, in part, to reverse Fidel Castro’s decision to nationalize banana and sugar plantations; the 1928 Colombian banana massacre, in which thousands of striking United Fruit workers and their families were murdered by the Colombian government, under threat of the US military, as they left a Sunday church service. Such interventions were designed to protect the financial interests of Western-owned fruit companies and to ensure that bananas remained the cheapest fruit available to Western consumers.

The banana’s popularity rests therefore on forms of colonial, and neocolonial, power. Western power to control land, resources, agricultural practices and labour in banana growing regions as well manipulate mass markets of food consumption. Such power at the point of banana production was acquired through deals struck between mostly American-owned fruit companies and the governments of the Caribbean, South and Central America. The particulars of these deals varied, but they formed a common pattern: fruit companies were granted concessions - access to land and resources in the form of subsidies, monopolies or ownership and exemptions from taxes and duties - in exchange for constructing infrastructure such as transportation and communication networks, like railroads and telegraph lines, and electricity. Though governments sought out these deals for the development they would bring, such development came at the expense of the environment and biodiversity, labor rights, the economic viability of small-scale growers, local democracy and, ultimately, national economic sovereignty.

Influence over banana consumption required power of a different kind: symbolic control through marketing and cultural representation. As concessions were secured allowing for the cheap production of bananas on an enormous scale, fruit companies needed to ensure that demand matched supply. They created publicity and education departments that produced campaigns designed to sell more bananas by manipulating their symbolic value (Soluri, 2005). In both marketing and popular culture, Banana imagery was used to symbolize the cultural inferiority, or barbarism, of the peoples of the tropics, a tactic that promoted banana consumption while symbolically legitimizing the exploitative practices of the banana export industry by suggesting that it brought progress and civilization to backward peoples.

For instance, early travel literature and popular culture references used the relative fertility of tropical lands and the immense productivity of the banana to suggest that the people of the tropics were both lazy and uninspired. Unlike farmers throughout the history of Western agriculture, who had to labor intensely to eke out a living from dry lands and wheat fields, the inhabitants of banana growing regions merely had to walk out of their huts and pick the fruit off of the trees. In part, this reasoning makes virtue out of necessity. It is also a misconception. One that was frequently made in colonial encounters with indigenous agroecological practices. Early Western explorers to banana growing regions misinterpreted what they saw because they viewed the lands they were “discovering” through the lens of their own culture, and when they did not see their own agricultural practices reflected back at them, they assumed none existed.

Banana Muffins Do not Have to be Boring.

I always have more frozen black bananas than freshly baked banana breads. The truth is, I don’t love quick bread. I get its appeal, but I find it sort of boring and don’t want to spend my baking time on boring things. In an effort to make more interesting use of my frozen bananas, I created this cranberry banana muffin recipe.

The first addition to a basic banana quick bread recipe is the cranberries. Cranberries are one of my favourite berries. Their use should not be limited to holiday-food. I’m always looking for ways to use them, and fresh or frozen cranberries work beautifully in a quick bread. The second addition is the streusel. Making a streusel does add an extra step to the muffin baking process, which may put off those looking for a one-bowl super-quick recipe, but it adds a crunchy texture to the muffins, and makes them look fancier. Finally, I often find baked goods recipes to be too sweet. For these muffins I lowered the sugar in the base recipes I used and added more tart flavour, with the cranberries of course, but also with lemon zest in the batter and lemon juice in the streusel.

I experimented a bit with changing the baking time. I’ve read that starting muffins on a higher temperature and then lowering the oven results in a higher rise. When I tried this technique, I did notice that the muffins rose a bit higher, but I also found that the higher temperatures dried out the streusel and the muffins overall were not as moist - but the technique might be worth trying if you leave out the streusel. 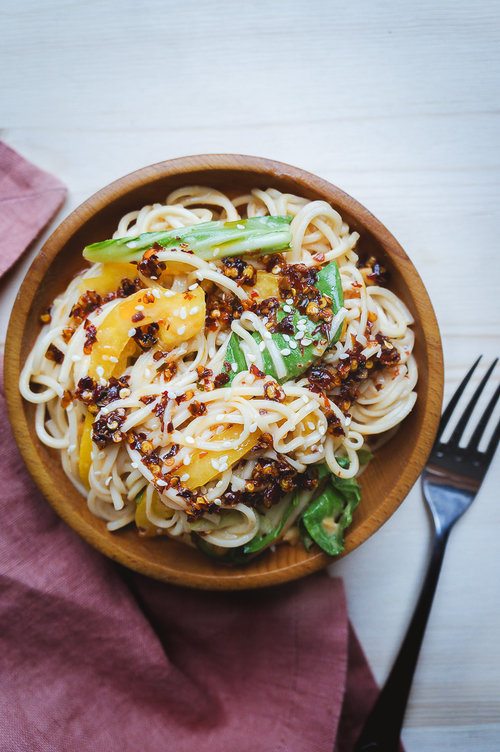 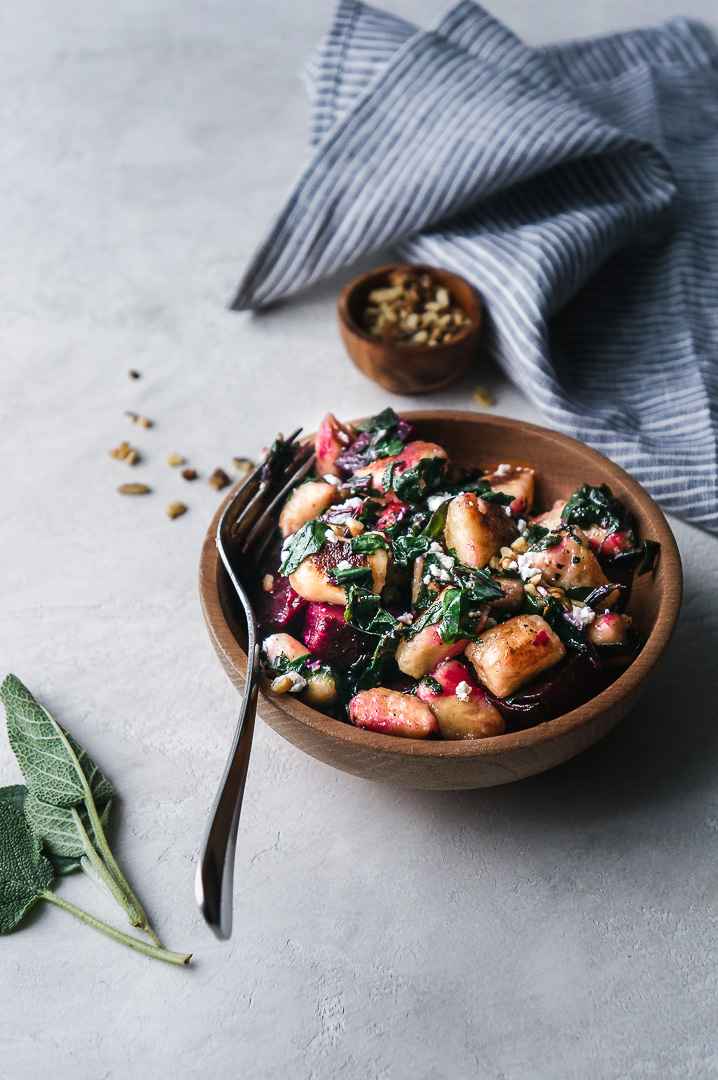